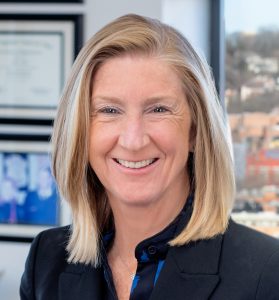 Director Moira Weir was named today the first-ever woman to lead the United Way of Greater Cincinnati. She leaves in March.

Weir, who had a 27-year career at JFS, started as a Children’s Services worker and held leadership positions throughout the organization before being named to lead the agency in 2007.

We will miss her!

Here is the announcement the United Way put out about her selection: