Home|Important Updates|About Us|Please Help: What Else Can We Do To Help Jason Find A Family?
Sign up for our newsletter

Please Help: What Else Can We Do To Help Jason Find A Family?

He’s good at art and a bit of a comic book nerd. He used his own money to buy a book to read to the baby in his foster home. He played Jesus in his church Easter program. He loves a good Chinese buffet.

And Jason, whose biological mother is Filipino, desperately wants to belong somewhere. 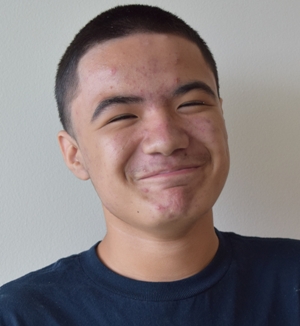 Yet we get no interest in him from potential adoptive families. None. When his recruiter sends out his profile, no one responds. We get dozens of calls for some kids, some of whom have many more issues. Zero for Jason. We just don’t get it.

The lack of interest is the latest blow to a kid who already has dealt with losing two families. His birth family surrendered him when he was a toddler to another family. That family eventually couldn’t care for him either.

We can’t reveal any more than that because of privacy laws. But neither family’s inability to care for Jason had anything to do with Jason. He has been in our permanent custody since 2011.

He’s getting ready to start eighth grade and he’s thinking he might want to be an EMT when he grows up. He’s intellectually on target.

His hopefulness makes the lack of interest much harder for Erin and his caseworker, Emily.

“He’s polite and always well-behaved,” she says. “And after all he has been through, he still lets himself care for people. I’m really glad to see that.” 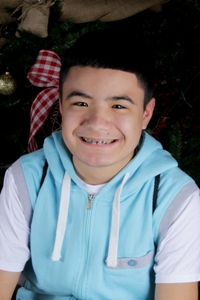 Jason’s capable of doing much better in school, she says – he needs parents who will emphasize the importance of school and college and put a priority on them. He also needs a family where a parent who will encourage him to stick with his speech therapy.

He’s already 13. So we worry that if we can’t find someone for him soon, he’ll be stuck on our website just waiting to age out of the system at 18.

“I really like Jason,” Erin says. “He’s funny and kind of silly. I just really want to find him someplace to belong.”

Posted on August 7, 2014 by Jane Prendergast

Filed Under: About Us, Children's Services