The Hamilton County Job and Family Services Planning Committee serves as an advisory body to the Hamilton County Board of County Commissioners on the many family, employment and social services which are locally developed to meet local needs and state and federal law.

Patton, who joined JFS in 1993, has held numerous executive roles, including leadership positions in Child Support, Children’s Services Program Support, Workforce Development and Public Assistance. Patton launched programming focused on fathers, which has grown into the successful Fatherhood Collaborative of Hamilton County. He’s spearheading the agency’s diversity, equity and inclusion (DEI) efforts and guided creation of the agency’s first peer-to-peer mentoring program for staff. Patton is a 1993 graduate of the University of Cincinnati.

Bryan joined the leadership team in 2018. Before joining HCJFS, Bryan worked as a Hamilton County Assistant Prosecuting Attorney, representing HCJFS in child abuse, neglect and dependency matters before the Hamilton County Juvenile Court. She has also served as an Assistant General Counsel to the University of Cincinnati. She holds a Juris Doctorate from Albany Law School.

Melissa started with HCJFS in 1992 as an Eligibility Technician. She has a long history of working in the public assistance arena and initiated the hardship extension and good cause policy. In March 2004, Melissa was promoted to Child Care Section Chief and served in that capacity until she moved to the Family and Adult Assistance Section Chief position in 2008.  She is a graduate of the University of Cincinnati and holds a Master’s in Public Administration from Northern Kentucky University.  Melissa has been recognized as Hamilton County Employee of the Year.

Holt started with JFS in 1991 as an eligibility technician. He also worked in income maintenance, Child Care, Children’s Services, Workforce Development and, most recently, at OhioMeansJobs. He also has supervised other services, including PRC, FAA training, state hearings, fraud/overpayment, Medicaid outreach and Non-Emergency Transportation. 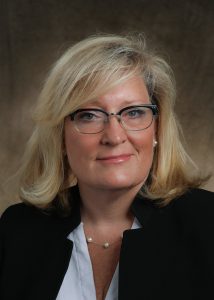 Saylor earned her juris doctorate at the University of Dayton School of Law. She worked in Butler County for three years as a staff attorney before joining Hamilton County Job and Family Services.

In her previous role as Legal Section Chief, she was responsible for managing the child support Legal unit, Administrative Hearings unit and the Order Modification unit.

Tinker joined the agency and the leadership team in 2020. Before joining HCJFS, His career has included communications, marketing and management roles with nonprofits as well as agency marketing. Tinker began his career leading economic development and historic preservation efforts.

Weaver joined the executive team in 2017 after 13 years with the agency. She has worked as a Section Chief extensively in Utilization Management and more recently in Intake. Before joining HCJFS, Weaver worked as a program director and clinical director at two local foster care agencies. She brings an additional focus on child safety to Children’s Services. She holds a master’s degree from Xavier University.

Child Support is money required by law to be paid by one parent to another to help cover the costs of raising their children.

Food Assistance helps families stretch their food budgets to buy healthy food. Also known as the Supplemental Nutrition Assistance Program (SNAP), the program may be available to both families and individuals who qualify.

Medicaid (medical assistance) provides health care coverage to families who may not otherwise have access to health care. Medicaid may cover part of the cost of visits to the doctor, nursing home care and home health care.

Child Care services are available to eligible parents who are either working or in school, to help cover part of the cost of child care for their children. Parents are able to pick a child care provider that meets their …

Cash assistance, also known as Ohio Works First, is temporary assistance available to families to help them pay for immediate needs while the adults of the family prepare for and search for jobs. While receiving assistance, families spend a  minimum …

Hamilton County Adult Protective Services operates 421-LIFE, the 24-hour hotline for reporting abuse and neglect (by self or others) of Hamilton County adult residents. Hamilton County Job and Family Services works to: Identify risks to the safety and well-being of …