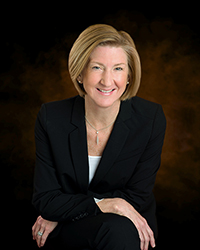 August is Child Support Month. We are doing several things to draw attention, including an Amnesty Week for warrants and Amnesty Month for driver’s and professional licenses. We also are helping delinquent parents find jobs. You can read about all of our efforts elsewhere in this website.

Child Support is our largest program. We handled an average of 78,000 cases a month last year and collected more than $129 million. When you consider each case involved a mother, father and at least one child, that is at least 234,000 people in this community who are involved in a child support case with our department, making it our biggest program by volume.

In fact, in Ohio, only one government program encompasses more children: the state’s education system.

Still, it is one of the things for which our agency is least known.

Child support puts food on the table, pays the rent and buys the little things, such as school supplies. That is why we offer amnesty. The most important thing for us is to collect money that will help support the child. If we cut a delinquent parent a break, we hope we will be able to establish a consistent pipeline of support for that child. If the delinquent parent gets thrown in jail or can’t drive for work, we have no hope of helping that child.

We also hope amnesty can help re-establish family ties. It is important to any child that both parents are involved in his/her life. If consistent payments come, relationships may follow.

About one-third of our child support cases are paid regularly and faithfully. Another third pay sporadically and may be in default. These people often pay when they can, but may get behind because they lack consistent employment. The last third simply don’t pay.

We use a variety of tools to track them down and collect their support, including freezing and seizing funds from bank accounts, intercepting tax refunds, suspending driver’s licenses, suspending professional licenses and confiscating passports. Most of these are used as last-ditch efforts, after all offers to work with the parent on payment have failed.

These families come to us in many ways. The parents could be divorcing and have been assigned by the court to handle child support payments through us. They could be parents who were never married. They could be single parents who no longer have a connection with the other parent.

We work hard because child support could be the difference between that child having all of his/her needs met or living in poverty. When children have the financial support they need for life’s necessities, they have a better chance at a successful life.

That is our mission – helping people to better tomorrows. Child support is an important tool in that effort

Posted on August 1, 2016 by Jane Prendergast

Filed Under: From the Director