In matching striped dresses and pink hair bows, Jazzy and Ruby sat on their parents’ laps in court this morning as a magistrate made it official – the girls will stay with the only family they’ve ever known.

Derrell and Linda Dick, foster parents for 18 years through Beech Acres, have three grown children and 11 grandchildren. And now they have Jazlyn Chloe and Jaylyn Ruby. Ruby is named after Mr. Dick’s granny, who is 100 1/2. 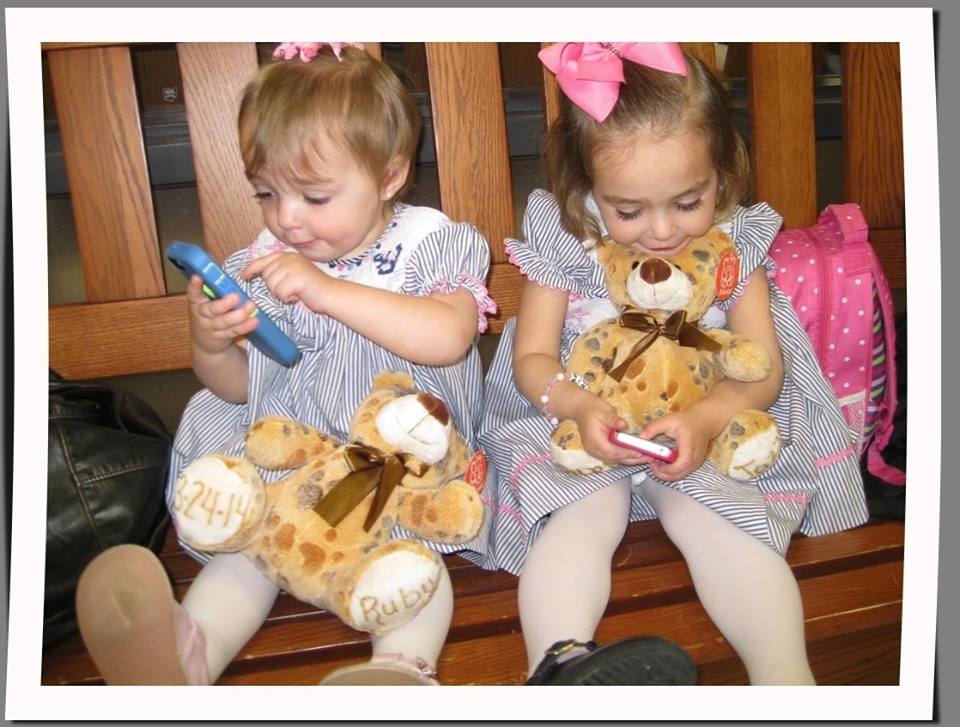 Ruby played with her mom’s cell phone as the adults talked in the probate court room. Jazzy played with the gum in her mouth and held her new teddy bear. LaSonya Harper, their adoption caseworker from Hamilton County Job and Family Services, gave each of the girls a bear with their names and today’s date written on the bear’s paws.

Harper, as well as Jessica Stone, the girls’ guardian-ad-litem, testified that remaining with the Dicks is best for the girls because “this is really the only family Jazzy and Ruby have ever known.

The Dicks, married 37 years, fostered teen-age boys for years and never had a case where option was something they had to think about. That changed a few years ago when they took a set of four siblings. The kids became available for adoption and the Dicks declined.

“The minute that happened, we regretted it,” Mrs. Dick said.

She and her husband discussed it and decided if they were in the position again of having foster kids available for adoption, they would adopt.

“We love them so much,” Mrs. Dick said. “They’ve been a part of our family their whole lives.” 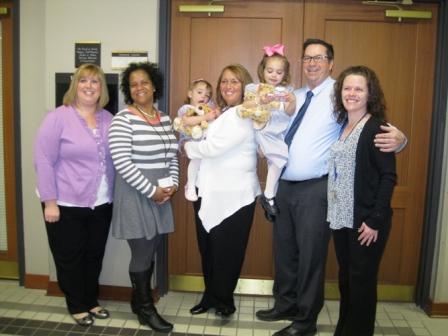